In 1927 seven additional Xhosa stanzas were added by the poet Samuel Mqhayi. From the late 1940s to the early 1990s, South Africa was governed by a system known as apartheid, a widely condemned system of institutionalized racial segregation and discrimination that was based on white supremacy and the repression of the black majority for the benefit of the politically and economically dominant Afrikaner minority and other whites. And bless them. [22], The South African national anthem as it appears specified in the South African, "National anthem of South Africa" (instrumental). It was one of many songs he composed, and he was apparently a keen singer who composed the songs for his pupils. Hoor ons as ons in gebede vra The words of the first stanza were originally written in Xhosa as a hymn. A decade after Sontonga’s death, the song became the official anthem of the African National Congress while the lyrics were supplemented by the famous Xhosa-language poet Samuel Mqhayi. "Die Stem" is a poem written by C. J. Langenhoven in 1918 and was set to music by the Reverend Marthinus Lourens de Villiers in 1921. "[6] The hymn was taken up by the choir of Ohlange High School, whose co-founder served as the first president of the South African Native National Congress. Woza Moya (woza, woza), May her spirit rise high up Outside of Africa, the hymn is perhaps best known as the long-time (since 1925) anthem of the African National Congress (ANC), as a result of the global anti-Apartheid Movement of the 1970s and 1980s, when it was regularly sung at meetings and other events. Hear Thou our prayers and bless us. [10] "Nkosi Sikelel' iAfrika" was composed by a Methodist school teacher named Enoch Sontonga in 1897. It was sung to close the Congress meeting in 1912, and by 1925 it had become the official closing anthem of the organisation, now known as the African National Congress. de Villiers Since 1997, the South African national anthem has been a hybrid song combining the hymn “Nkosi Sikelel' iAfrika” and the former anthem “Die Stem van Suid-Afrika”. Of education and mutual Italics denotes unrecognized, partially-recognized, or non-sovereign entities. [14] As such, the English portion of the new South African national anthem was the one which had its lyrics changed from the previous version. Maluphakanyisw' uphondo lwayo, Lord bless Africa Nkosi Sikelela The hymn has appeared in Virsikirja, the hymnbook of the Evangelical Lutheran Church of Finland, with lyrics by Jaakko Löytty.[14]. Thina lusapho lwayo. It was adopted as Zambia’s national anthem in 1960. Nkosi, sikelel' iAfrika Nkosi Sikelel ‘iAfrika has been part of the South African national anthem since 1994. Like all choral performance, from singing a hymn to chanting at a football match, it involves communal participation and interaction. PLAYLIST. Lei ons tot by eenheid en begrip [14], In recent years, the South African national anthem has come under criticism for its Afrikaans verse as it was originally part of the national anthem of South Africa that was used during the apartheid era,[16] with some such as the Economic Freedom Fighters calling for the verse to be removed because of this connection. Maak ons van ons sondelewe vry Blot out all its wickedness Italics denotes unrecognized, partially-recognized, or non-sovereign entities. As a choirmaster in his school, Enoch Sontonga composed the first two stanzas of democratic South Africa’s anthem in 1897. Sikelel' amalinga etu Let us live and strive for freedom, [7] "Nkosi Sikelel' iAfrika" was first published in 1927. Yiva imithandazo yethu 1873 - 18 April 1905) was the composer of Nkosi Sikelel' iAfrika (God Bless Africa), which has been part of the South African national anthem since 1994. Kom woon in ons, Setshaba sa, South Afrika, South Afrika. This version uses several of the official languages of South Africa. The committee responsible for this new composition included Anna Bender, Elize Botha, Richard Cock, Dolf Havemann (Secretary), Mzilikazi Khumalo (Chairman), Masizi Kunene, John Lenake, Fatima Meer, Khabi Mngoma, Wally Serote, Johan de Villiers, and Jeanne Zaidel-Rudolph.[2]. Protect South Africa, South Africa.[22]. A Swahili version of the hymn with modified lyrics is used as the national anthem of Tanzania under the name of "Mungu ibariki Afrika". It was first sung as a church hymn but later became an act of political defiance against the apartheid regime. Enoch Mankayi Sontonga (ca. Uwusikilele. The interpretation was controversial, and it was viewed by some as a commercial subversion of the anthem; Boom Shaka counter by stating that their version represents liberation and introduces the song to younger listeners. [9], In 1994, after the end of apartheid, the new President of South Africa Nelson Mandela declared that both "Nkosi Sikelel' iAfrika" and the previous national anthem, "Die Stem van Suid-Afrika" (English: "The Call of South Africa") would be national anthems. But he left an indelible legacy. Woza Moya, Oyingcwele. Descend, O Holy Spirit In 1952 the official English version of the national anthem, the Call of South Africa was accepted for official use. His hymn, Nkosi Sikelel’ iAfrika (“God Bless Africa”), went on to become Africa’s most famous anthem of black struggle against oppression. Bless the ministers In 1927 seven additional Xhosa stanzas were later added by Samuel Mqhayi, a poet. lei ons, o Heilige Gees Protect us, protect our nation, Seven additional stanzas in Xhoza were later added by the poet, Samuel Mqhayi. Yizwa imithandazo yethu Nkosi sikelela, Lord bless us, your children.[22]. [13] This was rectified when South Africa's dual national anthems were merged in abridged forms in early 1997[14] to form the current national anthem. "Die Stem van Suid-Afrika" (English: "The Voice of South Africa") was composed of eight stanzas (The original four in Afrikaans and four in English - a translation of the Afrikaans with a few modifications). Enoch Mankayi Sontonga, a teacher and lay preacher from the Eastern Cape, died in obscurity 106 years ago today, aged just 33. Rev. Lord bless us Instrumental Solo in G Major. Yizwa imithandazo yethu The fact that it shifts (modulates) and ends in a different key (from G major to D major), a feature it shares with the Italian and the Philippine national anthems,[3] makes it compositionally unusual. 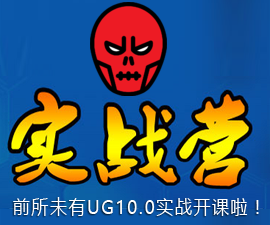 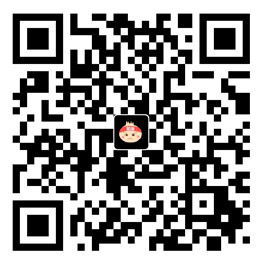 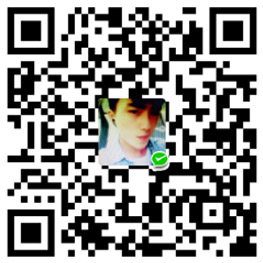